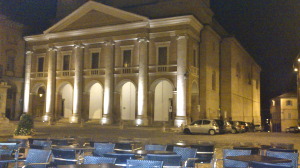 Ingemar Pongratz and Sofia Kuhn from Fenix Scientific AB / Pongratz Consulting participated in the Summer School on Nutrigenomics organized by Professor Rosita Gabbianelli from the University in Camerino.

The meeting was very interesting and filled with new information. During the meeting several well known scientists from all over the world presented their findings and shared their knowledge with students and post-docs

During the meeting in Camerino, Ingemar Pongratz from Fenix Scientific AB Pongratz Consulting made an oral presentation and discuss the role of the AhR as a target protein for nutrients and foreign man made chemicals.

In addition, Sofia Kuhn made a very interesting presentation about why scientists should share their scientific results and scientific knowledge with stakeholder and the general public. 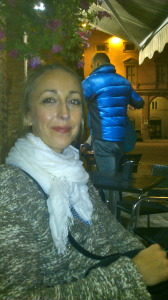 Sofia presented and debunked several common misconception that are still found among the scientific community regarding the role of communication in scientific research projects.

It is quite surprising to find that many scientists still fail to recognize the important function that they play in the community and that the scientific a community should interact and communication their research finding to the general public, because it is important for the scientific community to inform the public and ensure understanding for research. It is of course also interesting to note that Horizon 2020 puts strong emphasis on Communication as well.

Taken together the meeting was both well organized and scientifically very rewarding. We are very pleased to have joined this event as it allows us to develop our scientific expertise and at the same time make novel connections for the future.