The new presidency from the European Commission has suggested changes in the funding allocated to the Horizon 2020 funding scheme. According to the new plans, which have now been put in place, a new fund will be establish to revitalize the European Economy.

The creation of this fund has created a great deal of concern among the Academic community since a sizable amounts of the funds have been diverted from Horizon 2020 to the fund.

The objectives of the European Union are clear. The focus of the efforts are in fact on job creation and innovation, and with the creation of the European Fund for Strategic Investment the New presidency is sending a strong signal that this remains a priority.

However, it is very hard to see how the fund will “grow” from 20 billion Euros to over 300 billion. The projects that have been been put forward display a clear focus on Infrastructure development, of different aspects.

It may be very difficult to convince Risk Capital to invest in this type of projects. In addition, several projects are part of commitments already taken by the members states and these project do not attract Risk Capital.

In fact, there is concern among several member states that the investments that are planned will increase the national budget deficits…

Ingemar Pongratz is owner of Fenix Scientific AB / Pongratz Consulting. We help companies and organization to plan and apply for public funding including Horizon 2020 project. If you would need our help to plan and prepare an proposal please contact us, either through the online contact form or by email to: 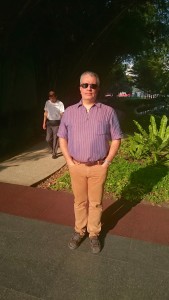